Everyone must have a ticket to enter. Smoking is not permitted in any area of the MPAC.

There are updated health & safety requirements to attend MPAC Events.
View Information for All Events 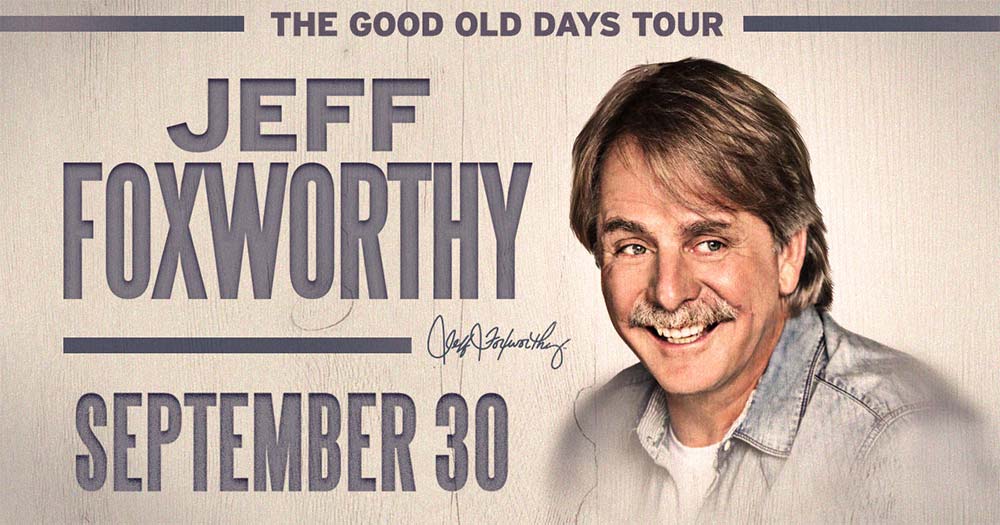 Outback Presents Jeff Foxworthy The Good Old Days Tour Thursday, September 30, 2021 7:00 pm Tickets: $56.50 Jeff Foxworthy is one of the most respected and successful comedians in the country. He is the largest selling comedy-recording artist in history, a multiple Grammy Award nominee and bestselling author of more than 26 books. Widely known for his redneck jokes, his act goes well beyond that to explore the humor in everyday family interactions and human nature, a style that

has been compared to Mark Twain’s. He has his own comedy channel “Jeff and Larry’s Comedy Roundup”, a partnership with SIRIUSXM. He has hosted numerous television shows including “What’s It Worth”, “Are You Smarter Than a 5th Grader” and “American Bible Challenge.” . He created the games “Relative Insanity” and “See What I Mean?” and has his own outdoor company, Foxworthy Outdoors, which features a line of products related to the outdoor lifestyle. Away from the stage, Jeff is focused on his family including his new grandson. Tickets 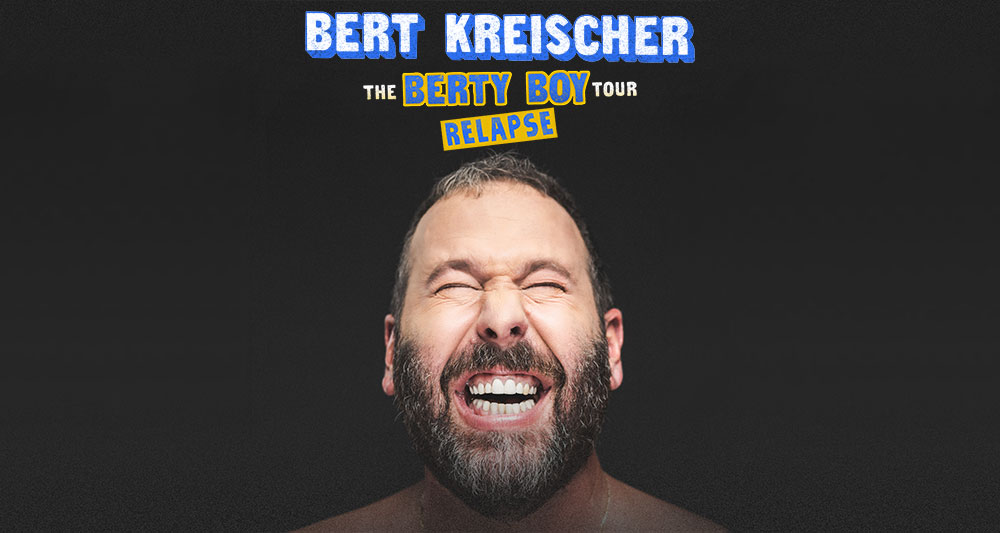 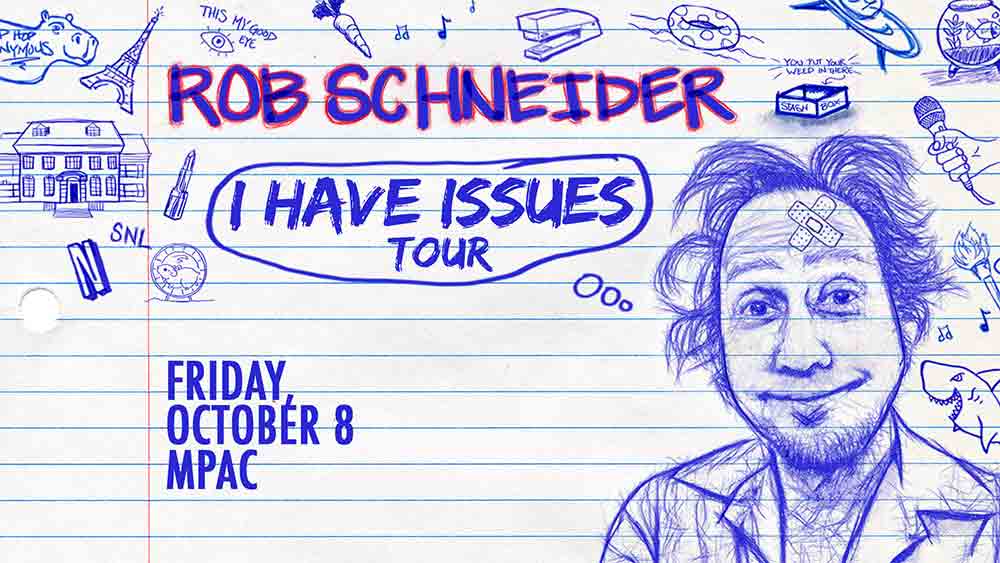 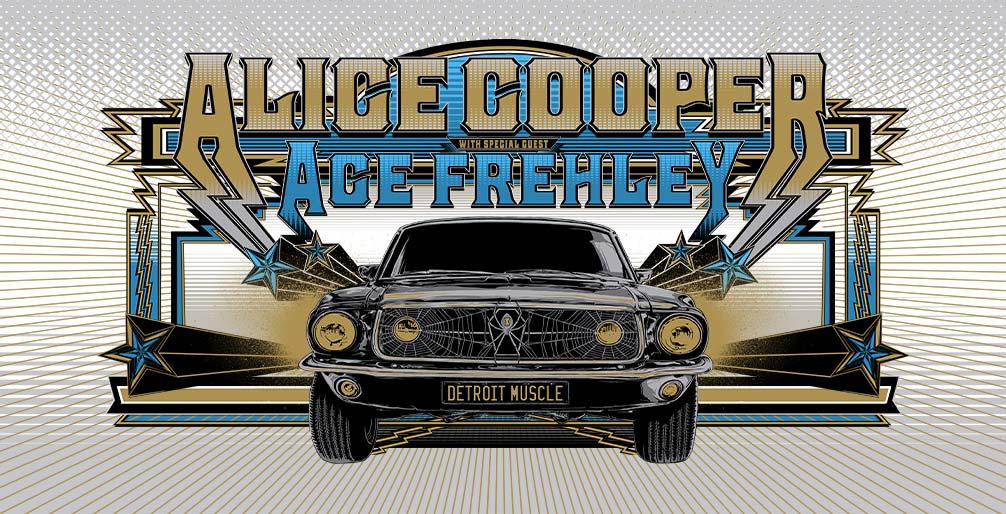 MPAC Live Presents Alice Cooper Wednesday, October 13, 2021 7:30 pm Tickets: $107, $97, $73, $62, $52 Cooper, a Rock and Roll Hall of Fame inductee, usually spends up to six months a year on the road, bringing his iconic brand of rock psycho-drama to fans both old and new, enjoying it as much as the audience does. Known as the architect of shock rock, Cooper (in both the original Alice Cooper band and as a solo artist) has rattled the cages and undermined the authority of generations of guardians of the status quo, continuing to surprise fans and exude danger at every turn, like a great horror movie. Alice Cooper concerts remain a "not-to-be-missed" attraction!

Ace Frehley, KISS co-founder and 2014 Rock and Roll Hall of Fame inductee, continues his reflections on a lifetime in music with Origins, Vol. 2. No stranger to cover versions throughout his musical history — having recorded, rebranded and repossessed such notable nuggets as "New York Groove," "Do Ya" and "I Wanna Go Back" over the course of his eight previous studio efforts — this new collection presents a thoughtful and exciting selection of songs that inspired and helped shape the legendary guitarist. Foremost of importance to the original Spaceman is delivering an album his fans will enjoy, but one where every song also has a place in his life's jukebox. Tickets 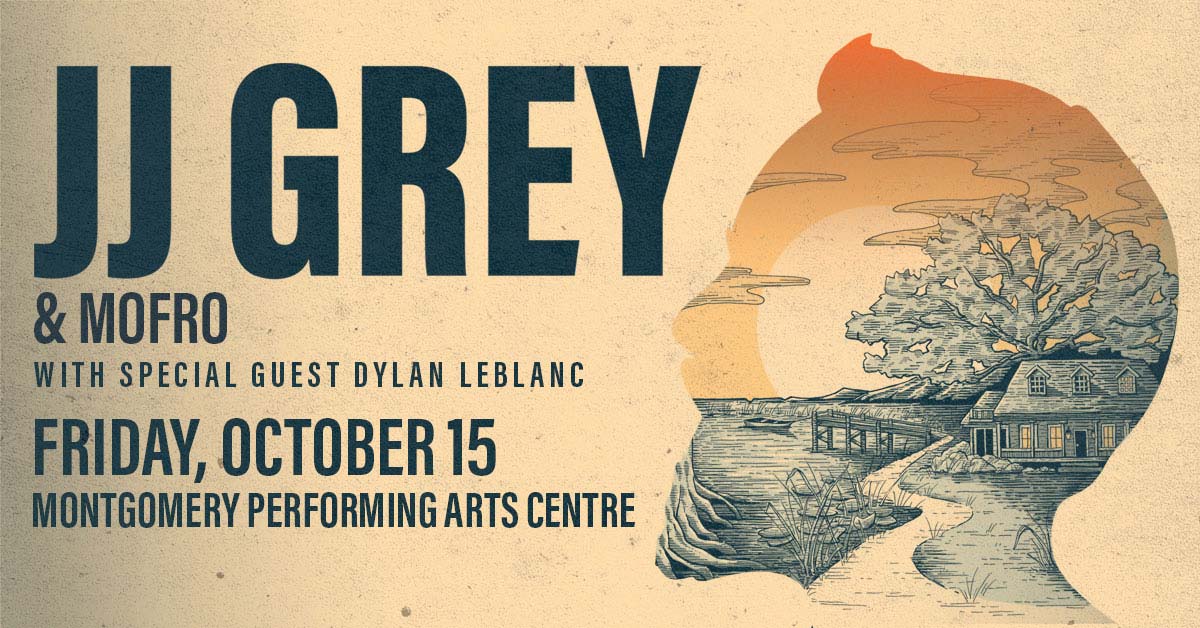 JJ Grey & Mofro
With Special Guest Dylan LeBlanc Friday, October 15, 2021 8:00 pm Tickets: $56.50, $36.50, $29.50 From the days of playing greasy local juke joints to headlining major festivals, JJ Grey remains an unfettered, blissful performer, singing with a blue-collared spirit over the bone-deep grooves of his compositions. His presence before an audience is something startling and immediate, at times a funk rave-up, other times a sort of mass-absolution for the mortal weaknesses that make him and his audience human. When you see JJ Grey and his band Mofro live—and you truly, absolutely must—the man is fearless.

Onstage, Grey delivers his songs with compassion and a relentless honesty, but perhaps not until Ol’ Glory has a studio record captured the fierceness and intimacy that defines a Grey live performance. “I wanted that crucial lived-in feel,” Grey says of Ol’ Glory, and here he hits his mark. On the new album, Grey and his current Mofro lineup offer grace and groove in equal measure, with an easygoing quality to the production that makes those beautiful muscular drum-breaks sound as though the band has set up in your living room.

Dylan LeBlanc is engaging and soft-spoken in person, yet his striking new album Renegade reflects the power of his live show – one that he simply describes as rock ‘n’ roll. While the album was recorded in just 10 days and tracked in three, the intensity of the project marks the culmination of more than a decade on the road. Tickets 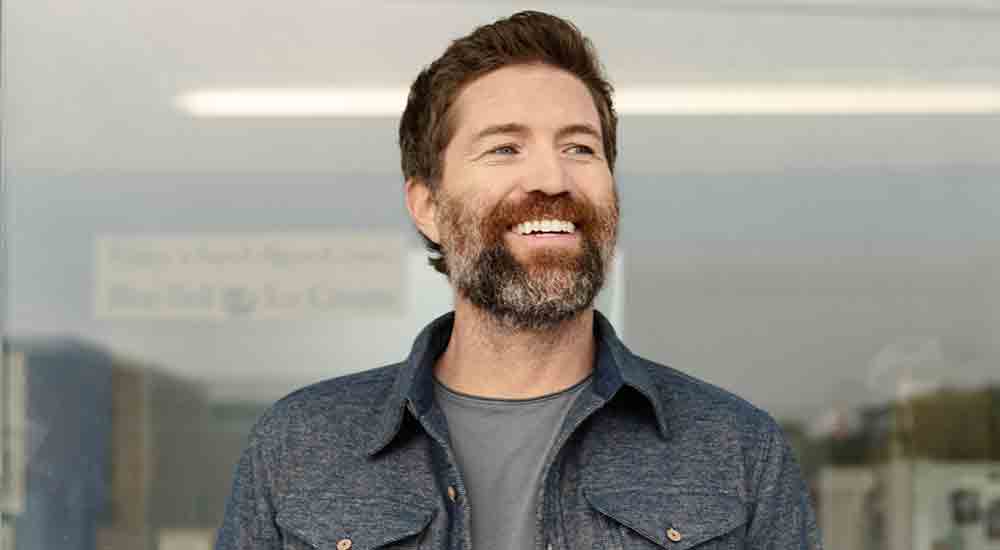 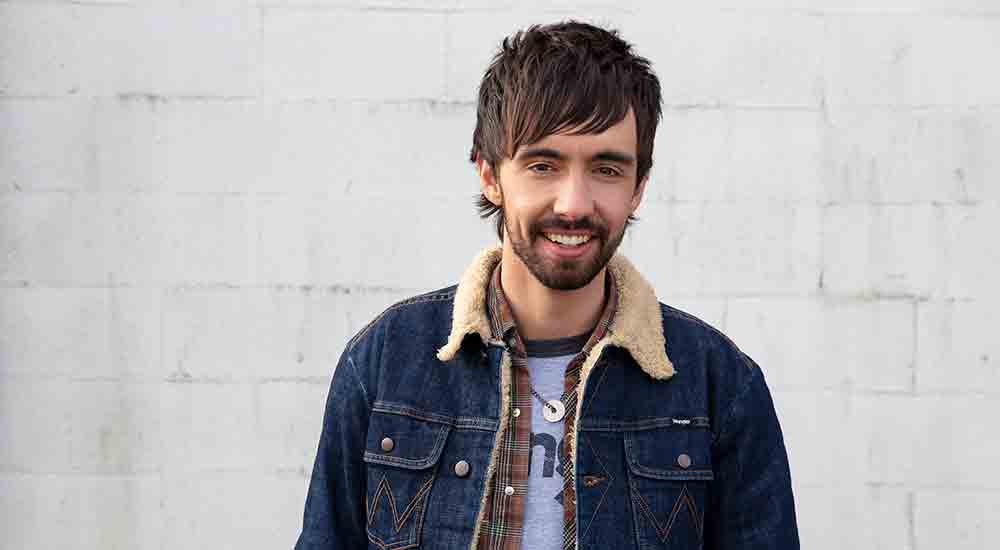 The giants carved into the granite of Turner’s musical soul form the core of his aptly titled new album, Country State of Mind. “I’ve always said that any song you hear coming from my voice, you’re going to hear bits and pieces of those five guys,” he says. “They taught me how to be Josh Turner.”

The dozen songs on Country State of Mind, including songs from those five legends among others, span more than half a century of classic country music, encompassing both well-known standards and deep-catalog cuts. The album shows a singer in dialogue with the songs and the artists that shaped his vision. It’s a conversation — relayed in the distinctive, resonant baritone that brought Turner #1 hits and five gold and platinum albums — between the past and present of country music. And on half the tracks, Turner invites other voices — some heroes, some contemporaries — to join him in the conversation.


When the time came for Mo Pitney to choose a title track for his new album, there was little doubt as to which song it should be. After years spent both honing his sound and growing his family, Pitney reached something of a turning point: He knew who he was as an artist and a person, and felt it was time to introduce himself in song. The title of new track "Ain't Lookin' Back" summed things up better than anything else could, and Pitney's long-awaited sophomore album was born. 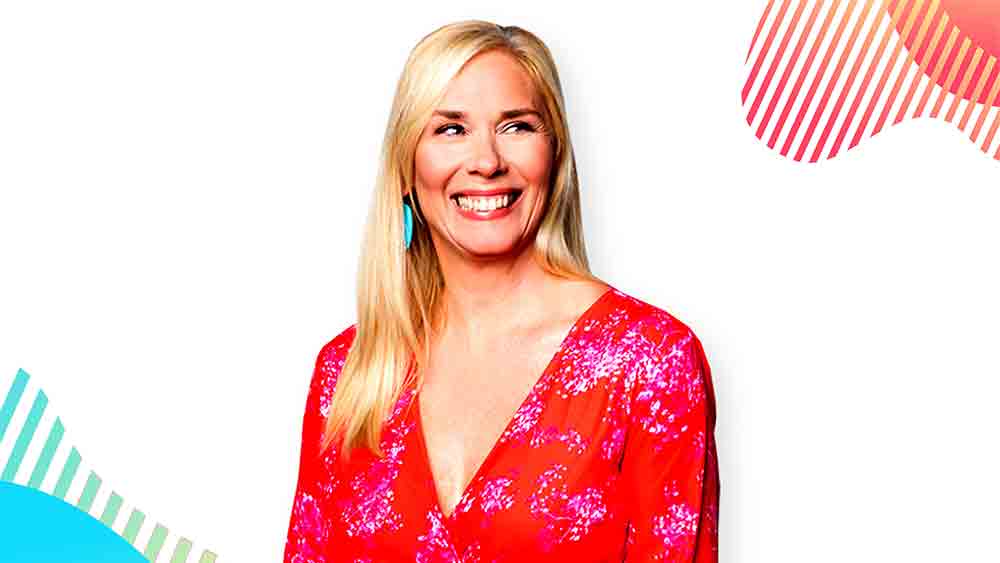 Outback Presents Leanne Morgan The Big Panty Tour Thursday, October 21, 2021 7:00 pm Tickets: $32 Leanne’s style of comedy combines her southern charm and hilarious story telling about her own life into an act that keeps them coming back for more. As a stay-at-home, mother of three with a husband, people are always accusing her of spying on them because she seems to be living the same life that they do. The fact that everyone can relate to her comedy has made her a hit even among the strangest of audiences. Tickets 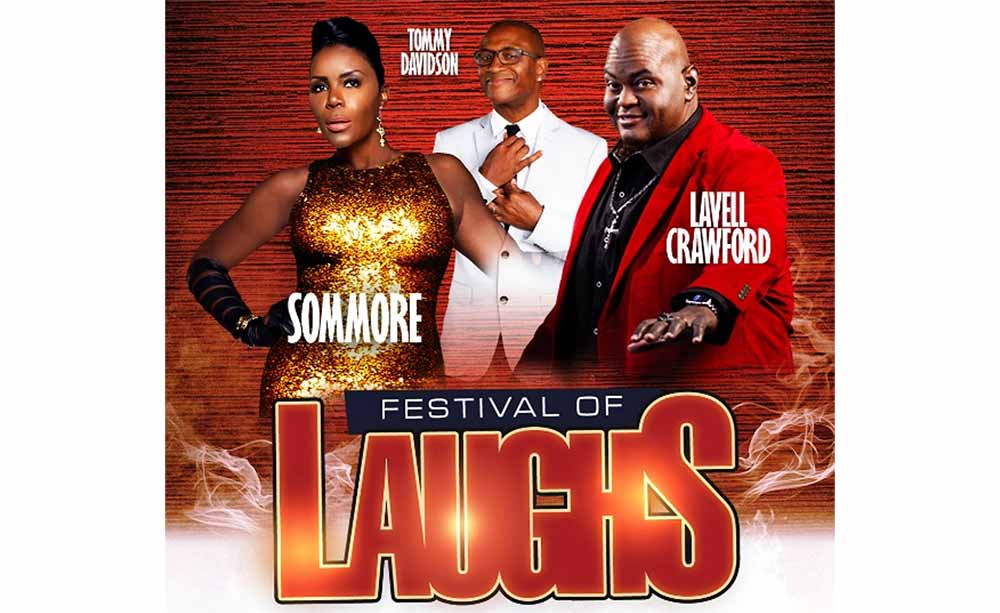 Festival of Laughs COMEDIANS SOMMORE, LAVELL CRAWFORD AND TOMMY DAVIDSON Saturday, October 23, 2021 8:00 pm Tickets: $99, $75, $59 The undisputed Queen of Comedy, Sommore, is set to rule the stage as she hosts the Festival of Laughs at the Montgomery Performing Arts Centre on October 23 at 8 p.m. Sommore will lead the evening with some of comedy’s most talented and sought-after entertainers, including Lavell Crawford and Tommy Davidson.

The all-star lineup will be sure to deliver side-busting, non-stop laughter for a memorable night of comedy! Tickets 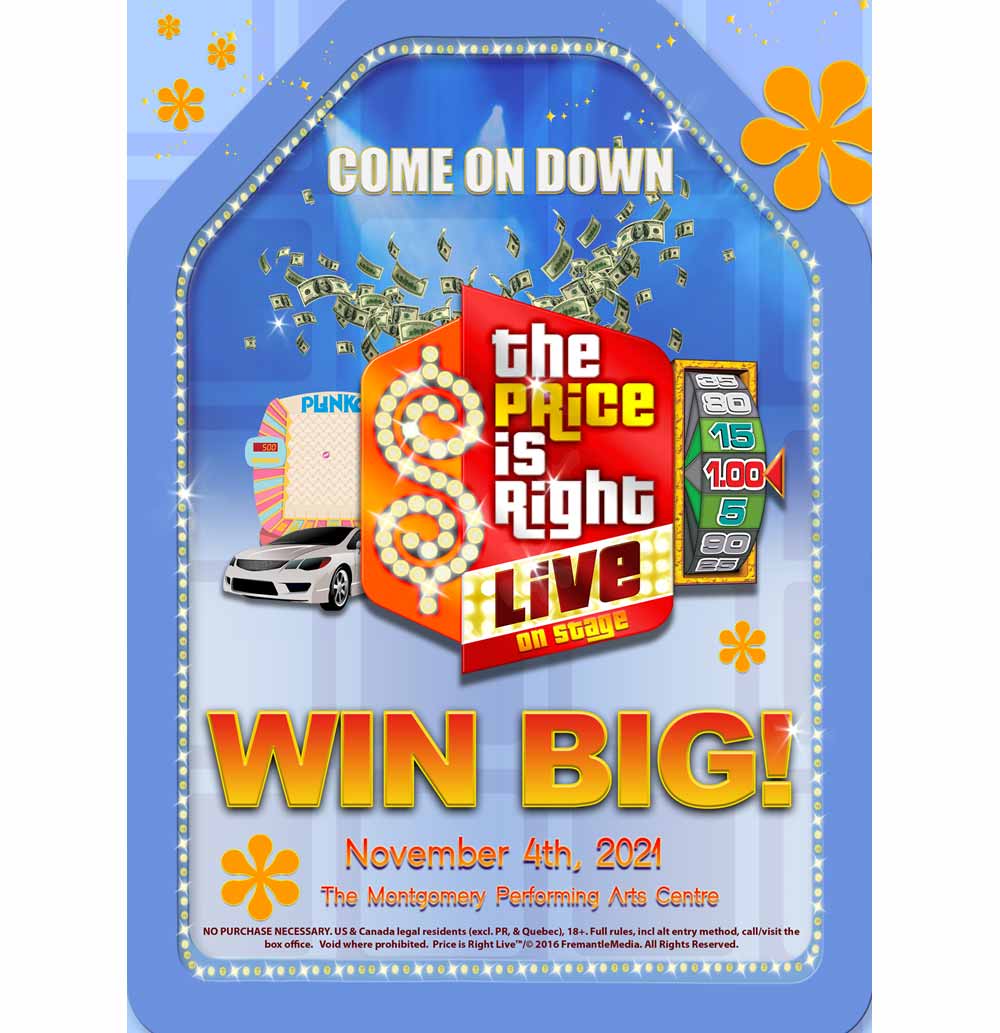 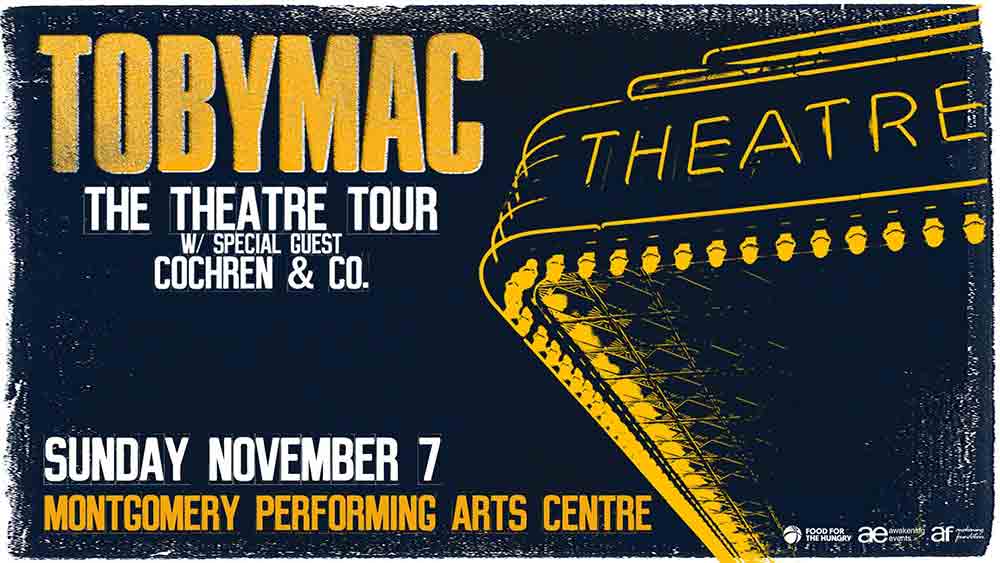 With more than 12 million units in career sales and a whopping seven GRAMMY® Awards, TobyMac's career continues on the fast track. His 2015 RIAA Certified Gold studio album, THIS IS NOT A TEST garnered a GRAMMY® Award and Billboard Music Award nomination on top of debuting at No. 4 on the Billboard Top 200. Each of his six studio solo projects have achieved Gold certification, a first for any artist in the history of his label, Capitol Christian Music Group. Among those is 2012's EYE ON IT, which debuted atop the Billboard 200, only the third Christian album ever to do so. The Elements, his awaited newest collection of music, is available now boasting "Everything" alongside the chart-topper, RIAA Gold Certified "I just need U."

All Awakening Events / Awakening Foundation shows are required to follow local health and venue requirements as it relates to Covid-19. These may include but are not limited to vaccine and/or testing requirements and face coverings. Local Health & Venue guidelines are subject to change at any time. Changes in local Covid-19 health guidelines or Venue Policies are not grounds for a refund. Thank you for your understanding and please know that we take the health and safety of our guests, our employees and our community very seriously. Tickets 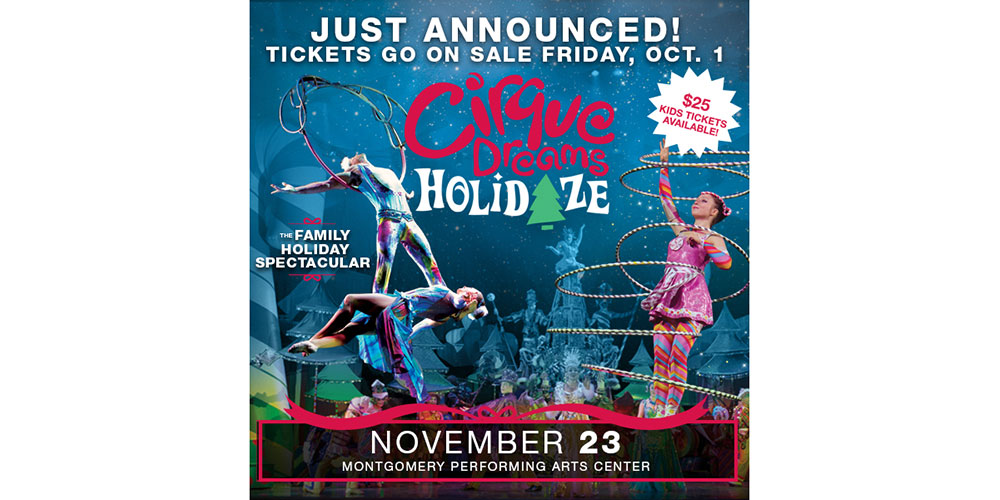 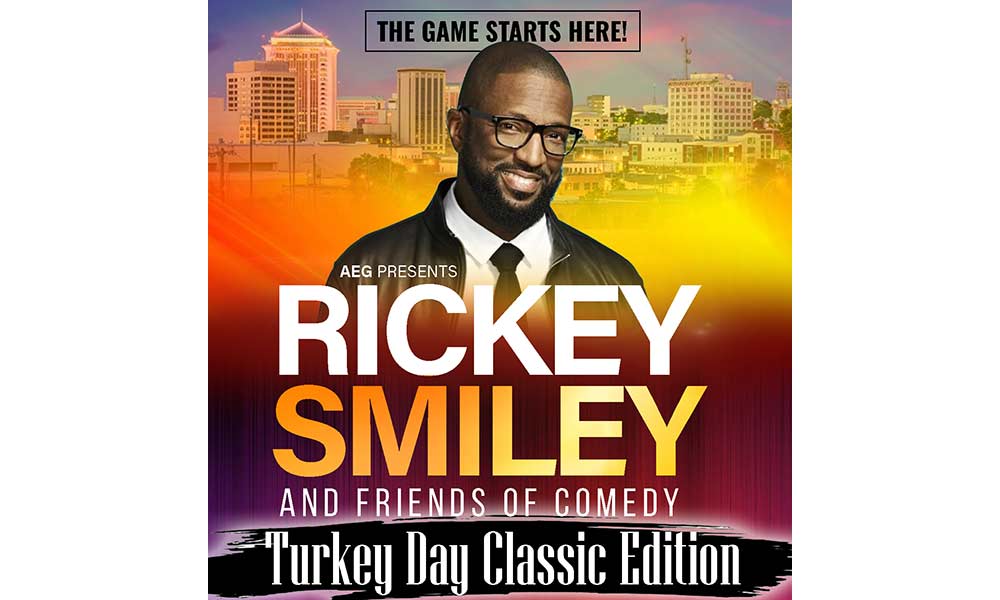 If you don’t know who Heather is already, don’t worry you will. A beloved Instagram storyteller & the best friend everyone wants, Heather’s 2019 saw her fandom skyrocket with fans and the industry falling for her voice, her wit and her southern flair. Last summer Heather debuted her podcast, ABSOLUTELY NOT WITH HEATHER MCMAHAN which leapt into the top ten on iTunes on the day of the release.

Heather has co-hosted the fourth hour of THE TODAY SHOW—once with Jenna Bush Hager and twice with Hoda—and has an open door to return. She previously hosted E!’s DAILY POP. 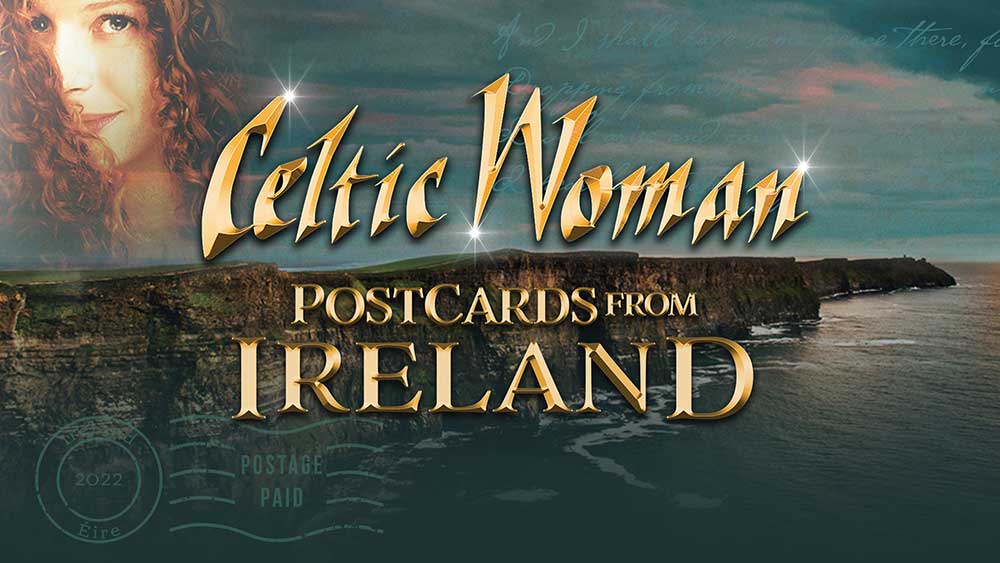 Postcards from Ireland celebrates the rich musical and cultural heritage of Ireland; taking audiences on a journey of story and song from across the Emerald Isle.

Embrace an evening of angelic voices, breath-taking harmonies and instrumental virtuosity, transporting you from your theatre seat to the lush landscapes of Ireland.

With Irish dancers, bagpipers and an array of traditional Irish instruments - including the bodhran, tin whistle and uilleann pipes - this dynamic and multi-talented group has captivated audiences all around the world.

Join us for this very special show Postcards from Ireland, and experience the beauty of Ireland brought to life by Celtic Woman. For more information please visit www.celticwoman.com. Tickets 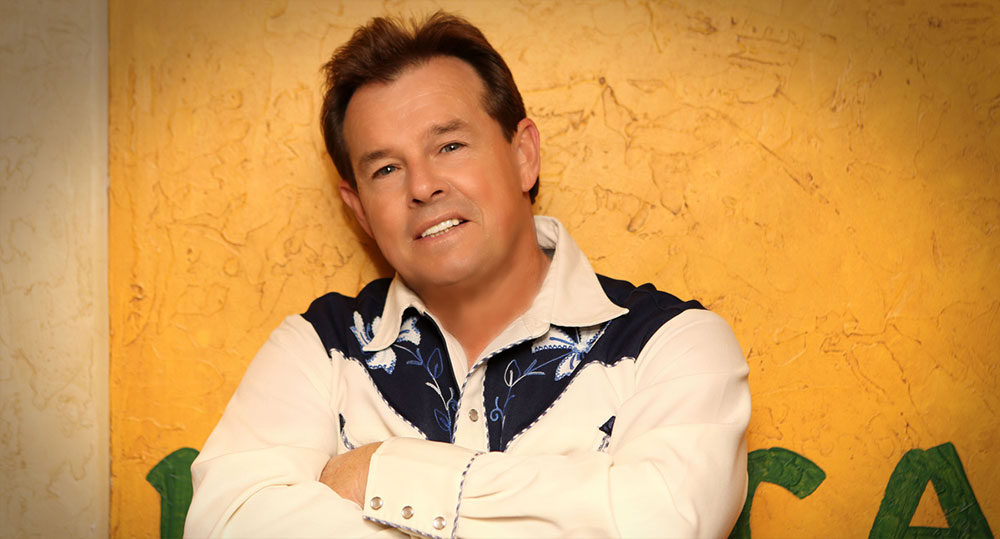 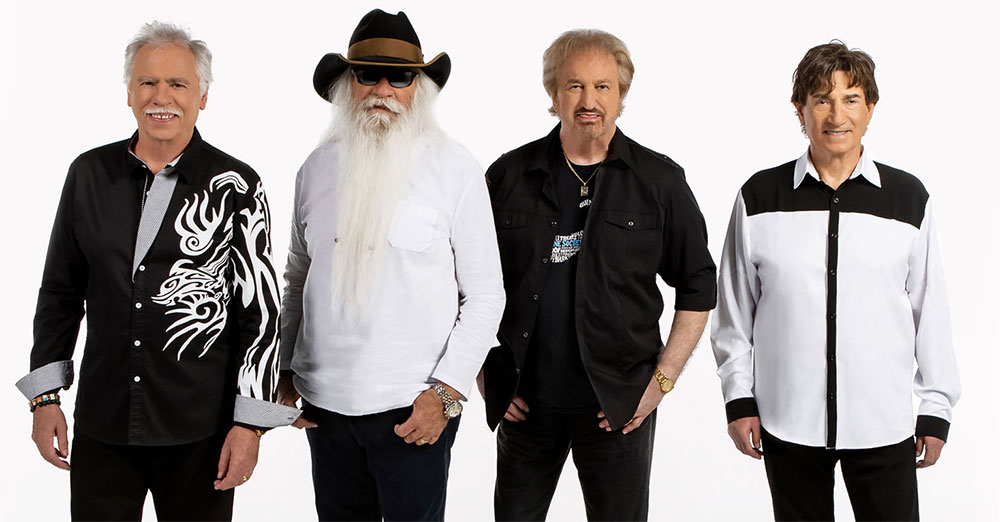